Parents, have we got news for you! 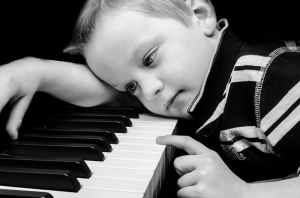 The study, conducted by the University of Vermont College of Medicine in the US, found that even small amounts of music education could produce major benefits to a child’s development. And, the study provides some convincing evidence to suggest that enrolling your child into top-quality music education could be one of the best ways to ensure life-long success.

It’s science – you can’t argue with that!

The study, lead by scientist James Hudziak, examined brain scans of 232 kids aged 6 to 18. Some of the children had undergone musical training, others hadn’t. They were looking for a correlation between cortical thickness and music education.

For children who had undergone musical training, the study found an increase in cortical thickness in the areas of the brain that dictate functions such as memory, organisation skills, and attention span. From this, the study concluded:

Encourage Your Child to Learn a Musical Instrument

Learning an instrument is incredibly beneficial to the confidence, emotional growth, and behavioural development of children. In fact, music could help your children mature into well-rounded, emotionally stable adults.

We would love to assist your child in reaching their full musical potential.

We offer lessons in wide range of musical instruments.  To find out more or book in,  call us on 02 9602 9774 complete the form at right.