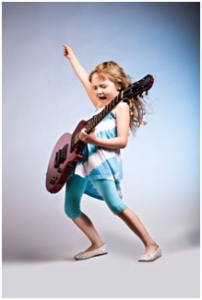 The popularity of the guitar is enormous.

It’s said that 10% of the world’s population plays guitar at some level, which would make it one the most popular things to do on earth.   So, if you play guitar you’ll be in plenty of company. That’s massive!

The versatility of the guitar is sometimes not fully appreciated. While names like Hendrix & Clapton give us plenty of great electric guitar music to explore, a name like Segovia has ensured that the guitar’s status as a great concert and classical instrument is set in stone.

There are so many musical styles that the guitar makes a prominent contribution including jazz, country, heavy metal and so on. At any time there are players taking the guitar to even higher standards and we’ll help you tap into your creativity.

If you have never played before, there are many types of guitars and guitar playing styles to choose from.

Lead Guitar: Lead guitarists usually play important riffs and melody lines, solos in instrumental sections of songs and call and response with either the vocalist or another instrument such as sax, harmonica or keyboards. For rock, blues, jazz or metal, the lead guitarist usually plays an electric guitar. For other styles such as celtic, folk or bluegrass – steel string acoustic guitars are the best choice.

Rhythm Guitar: Rhythm guitar accompanies a lead instrument (e.g. lead guitar or vocalist). The left hand holds a chord shape (a group of notes) and the right hand strums the strings with a pick. Depending on the type of music, rhythm guitarists will use either an acoustic guitar, a hollow body electric guitar or a solid body electric guitar for Rock, Blues, Funk or Metal.

Fingerpicking: Fingerpicking is often used to accompany a lead instrument or vocalist. In more advanced fingerpicking, both hands are co-ordinated to play bass lines, chords and melodies. Fingerpickers play Blues, Ragtime, Celtic Folk, Country, Jazz, Latin and many forms of World music.Being able to fingerpick well is an aspiration for many guitarists as it allows them to play entire songs on their own without the accompaniment of additional instruments.

Whatever style you wish to learn, our system of teaching has been developed to give you a strong technical foundation & musical knowledge so that you can become the player that you dream of.
Whether your ambition is to join a band or play for fun at home we’ll make sure you have the best foundation to make that a reality.

We also have three guitar teachers, all accomplished professional musicians who love teaching.

Academy Director Steve Lam has been playing and teaching a range of guitar styles including rock, blues, lead, rhythm, fingerpicking, latin and classical to students of all ages, for many years. He heads up the well know Sydney band Guitar Heroes and has played on tour with many Australian and overseas bands.

See more about our teachers here – Our Teachers

Steve has created many guitar arrangements of popular songs and these are made available to students or can be purchased online here. 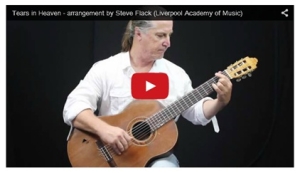 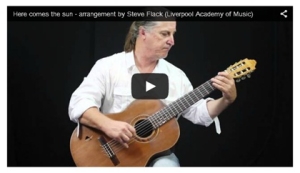 Don’t put it off any longer! Get started now and experience the pure joy of playing guitar.

Before you know it you’ll be strumming a few chords of that favourite song you have been wanting to play for ever.