The Many Roles of the Guitar in Music 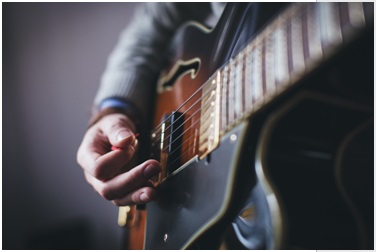 Did you know that 10% of the worlds population have, at one time or another, picked up and played a guitar? That’s about 712 million guitarists.

The roles of the guitar in both classical and popular music are incredibly versatile, making it one of the most exciting and rewarding instruments to learn. As well as performing the guitar as a solo instrument, there are two main types of guitar roles: lead and rhythm. Let’s take a closer look.

The Role of the Lead Guitar

The lead guitar plays a part at the centre of the musical piece. This part is usually single notes, but can also be reinforced by chords. Here are the different parts a lead guitarist can play:

The Role of the Rhythm Guitar

Rhythm guitar is an overarching term used to describe the types of accompaniments played by a guitarist. Here are the different parts a rhythm guitarist can play:

Sounds like fun, right? Start your journey toward becoming the best lead or rhythm guitarist you can be today. Give us a call on 02 9602 9774 or fill out the form on this page, and we’ll get right back to you.