One of the factors which will influence a student’s learning pace is their music teacher.  Not only does the teacher need to be a skilled musician, but more importantly they need to be able to teach – and not all musicians can do this.

We are fortunate to have earned a reputation of quality and creativity at the Liverpool Academy of Music and we continue to attract many music teachers who want to be a part of our school.

Most of our teachers have been with for us many years, and it’s this continuity and our graded syllabus which has helped many of our students achieve outstanding progress.

Opening music to everyone

Our teachers have experience at teaching students of all ages, at all levels of proficiency and in all styles of music.

We have had extensive experience teaching young children – we even cater for pre-school children. 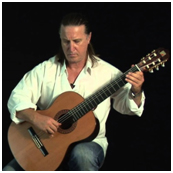 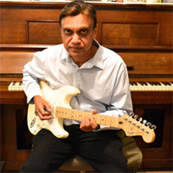 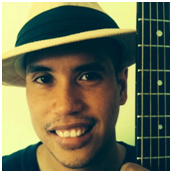 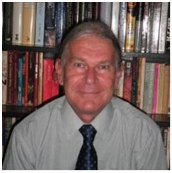 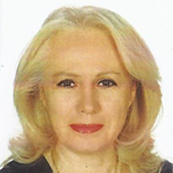 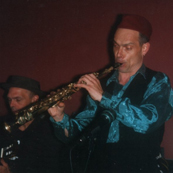 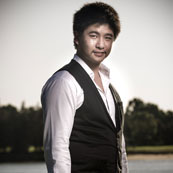 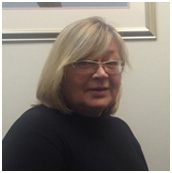 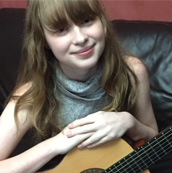 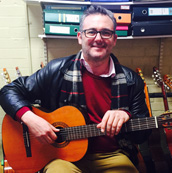 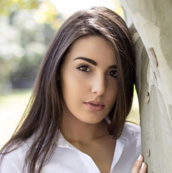 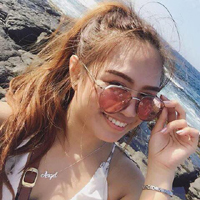 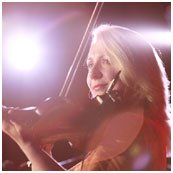 Steve Flack acquired his skills and deep love of the classical and jazz guitar from the many renowned musicians and teachers with whom he has studied and played, including:

Steve’s current performing and recording project is a show called Steve Flack’s Guitar Heroes that celebrates guitar greats with high profile Australian guitar players, guesting on the CDs and in his shows.

The show is a tribute to his first inspiration to take up the guitar, the blues rock guitar players of the classic rock era, guitarists like Eric Clapton, Jimmy Hendrix, Jimmy Page and Carlos Santana.

Steve has backed Angry Andersen, and played with drummers and bass players from bands such as Split Enz, The Angels, Rose Tattoo, Dragon and Swanee.

One of the highlights of his work with musicians was to have played on stage with Seymour Duncan at the AMAC (Australian Music Association) at the Gold Coast in 2006.

Teaching music and the love of the guitar and jazz holds equal part in Steve’s heart.

He has created an online library of interviews with leading guitar musicians, such as Albert Lee, one of the world’s greatest country and rock and roll guitarists, who has played with Eric Clapton, Emmy Lou Harris and others.

Michael Singh is a Composer and Professional Musician. He is a multi-instrumentalist who plays the following instruments:

Michael started his Music training (experience) at the age of 3. He is currently focused on Composing and Orchestrating for the Screen and
futuristic/conventional Ensembles.

Has performed and composed in the following Ensembles, in Sydney and Auckland:

Michael has been teaching music for thirty-five years.

Berklee College of Music:
Specialist Composer and Orchestrator for Film and TV

Jerome is a graduate of Macquarie University where he completed his BA (hons) and MA (hons) in Contemporary Music Performance. He has held past positions at the university both teaching and assisting in the Music Department’s research work.

He is a regular contributor to Australian Guitar Magazine, engraving the accompanying tablature for each issue’s guitar instructional content. He has also worked as a composer for The Red Opal Dance Theatre, a subsidiary group of the Sydney Dance Company, located in Sydney’s iconic “Rocks” district.

Jerome was previously the manager of Sydney based rock band “the Graduates” as well as progressive heavy rock ensemble “The Will Thackray Trio”, touring from the Blue Mountains all the way to the Northern Beaches. He has also worked as a booking agent for the Liverpool Night Markets, booking live acts to perform on centre stage.

Stephen Pleskun, a graduate of Sydney University (Bachelor of Arts, 1984) is the longest serving member of the Liverpool Academy of Music.

His specialty is in the History of Music. He prepared and presented 2-hour talks on ‘The History and Development of Western Music’ at the Liverpool Academy for 5 years from 1984.

He composed for, managed, and performed in a jazz inspired music ensemble named ‘Co-Existence’ which played at various venues throughout west and south-western Sydney for 8 years from 1991.

He composed and performed music parts on piano, organ and synthesizer for the compact disc ‘Love, Peace & Rock ‘n’ Roll’ released in 2011.

His major work has been researching, writing and editing ‘A Chronological History of Australian Composers and their Compositions’. At over 1 million words and 3,200 pages these 4 volumes have been published from 2012 and contain the most comprehensive record of Classical Music writing and performance in Australian history.

From May 2014 and onwards his articles on Composers and his cryptic crosswords have been published regularly in the Fine Music magazine.

Liliana is an accomplished music and piano teacher who speaks four languages – English, Russian, Romanian and Turkish. She has taught music in several countries . . .

She has also participated in the following concerts and contests.

Liliana loves to teach music and piano and helps students master all music genres on the piano. Her first love is classical piano.

Bands he has played with include:

An engaging young multi-instrumentalist of charismatic quality, Van was considered a child prodigy, having performed on his principal instrument, the piano, internationally and won local and state championships from the age of 6. He has also been invited to Vienna for master-classes and was awarded the Audience Prize amongst 24 other selected pianists across the world at the age of 12. Seeking experience in other areas of music, Van found a love for ensemble-work and accompaniment, and paved a new path in which he could use his skills in performance, improvisation and musicology.

With a penchant for ‘informed versatility’, Van has found intense interest in such exotic genres as Indian raga, Japanese/Chinese folk music and Spanish flamenco. Trained at the Sydney Conservatorium of Music and undertaking a degree in Performance and Accompaniment (having been taught by such greats as Paul Rickard-Ford, Judy Bailey, Gerard Willems, Warren Thomson, Phillip Shovk and David Miller), Van found little trouble with stretching his barriers beyond that realm of solo stage performance in classical piano and guitar.

Upon finding complete satisfaction in progressive music (metal and rock being the main instigators), Van Leucia chose to use his experiences in classical music, jazz, flamenco and metal to harmonize them as an evolving whole.

Van also works as a session musician, having work experience with artists like Sydney-based International DJ/Producer Royaal (with names like Gotye, Kelly Rowland, Christal Waters and Kellam Glover under his session belt) and Youtube partner Davina Italiano, amongst a host of other indie artists in both performance and production. He also co-writes and performs as the keyboardist of Kite.

I was born & raised in Europe & growing up I spent a lot of time listening to music.

On one occasion I heard Tchaikovsky’s Piano Concerto and to me it sounded unbelievably beautiful. It was a truly moving piece that inspired my passion for the piano and for the love of learning all about music.

I completed my musical studies & became a professional musician. Further to this, I pursued singing to complement my love of the piano and became a choir conductor, a piano accompanist and a piano & singing teacher.

Teaching piano and singing at the Liverpool Academy of Music has made me realise that music is a way to connect people and to express ourselves. Learning singing and piano has fostered this in my students, just as I connected with my grandfather who bought my first piano.

Let me teach you or your child piano or singing so you too will experience the joys of music and experience first hand it’s ability to inspire us in all areas of our lives.

Brooke is the newest teaching addition to the Liverpool Academy of Music. She has been a student at the Academy for the past eight years, completing Initial-Grade 6 guitar exams. Brooke is looking forward to sharing and passing on the musical knowledge and love for playing guitar that she has acquired herself as a student, with others.

At the Liverpool Academy of Music Patrick has enjoyed success teaching both young children and adults. He has a patient teaching manner and is very good at demystifying the complexities of music.

Milena knew she had a passion for singing and the performing arts since the age of 4. From a very young age, Milena had involved herself in singing and piano as well as drama, modeling and martial arts. During her younger years, she entered numerous competitions and had performed in many musicals, theatre shows, concerts, charity events as well as special events.

In the last 4 years, Milena has been working professionally in the music and acting industry, working and performing with artists such as Jessica Mauboy, Jimmy Barnes, Paulini and other industry professionals and mentors.

Milena is currently in the process of completing her Bachelor of Music in Contemporary Performance at The Australian Institute of Music and enjoys teaching piano. She teaches all ages and genres of music. She is open to any style of music and has a down to earth personality with a fun and inspiring approach to her teaching. She is passionate about her music and is willing to pass on her knowledge, passion, experience and years of hard work and her love for music to others who want to learn.

She has also
• performed at Carols in the Domain in 2013 and 2014 with an audience of over 85,000 people
• had regular Channel 7 appearances on ‘The Morning Show’.
• recently recorded with the Jubilation Choir featuring Frankie Miller for a tribute album
• made it into X-Factor’s top 100 where she then proceeded into boot camp in 2014
• acted in TV commercials, TV shows, telemovies, feature films, and music videos for major and independent artists.

Angel’s passion has always been into performing. Its roots come from her involvement in the renowned Music School in the Philippines, that produced local and international personalities like the Kims of Miss Saigon, Charice Pempengco, Sarah Geronimo, Rachel Anne Go, Jonalyn Viray, Eric Santos, Noy Volante, and Nina among others.

This enabled her to share her god-given talent in singing and express her passion in music by performing on various concerts and events. She has also been able to pursue her interest in musical plays through the premier acting workshop in the Philippines which allowed her to perform on numerous theatrical shows and apply learnings such as the Chubbuck technique.

It is through this that aspired her to become a Vocal coach in Australia while pursuing her degree. Being certified as a vocal coach by the George Coaches Academy, she aims to provide opportunities to her students by converting theories into unforgettable and meaningful experiences.

Maja Petrovski is a highly accomplished violinist and pianist originally from Serbia. Although she now calls Newtown home, she has performed extensively across the globe with many well-known musicians, including Niggel Kennedy, Vasilij Sinajski, and Emil Tabakov.

Maja has a true passion for music. When she plays, she gives a part of herself, of her life experience. Through the melody, she begins to tell a story. She hopes to share this creative approach to music and composition with her students.