What is the World’s Loudest Instrument? 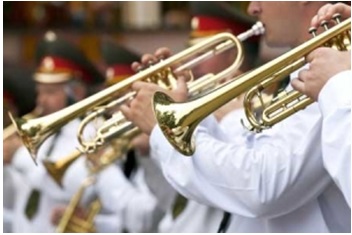 Have you ever wondered what the world’s loudest instrument is?

The question is not so simple to answer. Here are a couple of different perspectives.

Loudest Instrument in the Orchestra

If we focus on just the instruments within a standard orchestra, there are two front-runners: the trumpet and the trombone.

More often than not, the trumpet is the easiest to hear despite hitting a lower decibel range than the trombone. This is due both to the harsh nature of the sound, and the player’s ability to manipulate loudness. In a performance, the trumpet ranges between 80 and 110 decibels.

The trombone, however, peaks at around 115 decibels. Surprisingly, the clarinet is much the same, peaking at about 114 decibels. Just because the trombone hits a higher decibel, we cannot hear it over the trumpet. Does that mean the trumpet is louder? That’s up to you to decide. 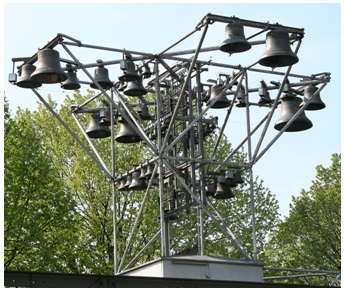 Instrument that Travels the Furthest

Some suggest that the carillon is the world’s loudest instrument. The carillon is a musical instrument usually housed in the bell tower of a church. The instrument is comprised of a minimum of 23 bronze bells, which are played by striking a keyboard to form a melody, or rung simultaneously to sound a chord.

The carillon can be heard from over 11 km away. This may sound impressive, but whale sounds can travel an estimated 16,000 km underwater!

The Loudest Instrument According to Guinness World Records

Maybe you’d like to play the loudest instrument in the orchestra. Or perhaps you’d be interested in something quieter. You can check out our lesson pages to read more on the instruments we offer. If you’d like more information about our music lessons, give us a call on 02 9602 9774 or fill out the form on this page.